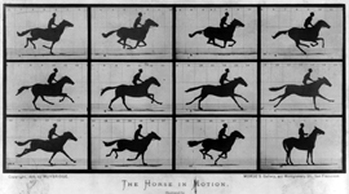 Essential Understandings
A change in motion occurs when an object is acted upon by an unbalanced, external force.
Energy provides the ability to do work and can exist in many forms.

Standards
Connecticut Curriculum Standards and Assessment Expectations, Grades 6 - 8, Science
Connecticut CINQ. 1 through CINQ. 10
8.1 An object's inertia causes it to continue to move the way it is moving unless it is acted upon by a force.
8.1.a The motion of an object can be described by its position, direction of motion and speed.
8.1.b An unbalanced force acting on an object changes its speed and/or direction of motion.
8.1.c Objects moving in circles must experience a force acting towards the center.
7.1 Energy provides the ability to do work and can exist in many forms.
7.1.a Work is the process of making objects move through the application of force.
7.1.b Energy can be stored in many forms and can be transformed into the energy of motion.

Next Generation Science Standards (NGSS)
NGSS Practices 1 through 8
Physical Science 2.A Forces and Motion: A frame of reference from which motion is described and the role of the mass of an object must be qualitatively accounted for in any change of motion due to the application of a force.
Physical Science 2.B Types of Interactions: forced that act at a distance involve fields that can be mapped by their relative strength and effect on an object.
Physical Science 3.A Definitions of Energy/Physical Science 3.B Conservation of Energy and Energy Transfer : Kinetic energy can be distinguished from the various forms of potential energy.  Energy changes to and from each type can be tracked through physical or chemical interactions; the relationship between the temperature and the total energy of a system depends on the types, states, and amounts of matter.

Lesson Objectives - Students will be able to: