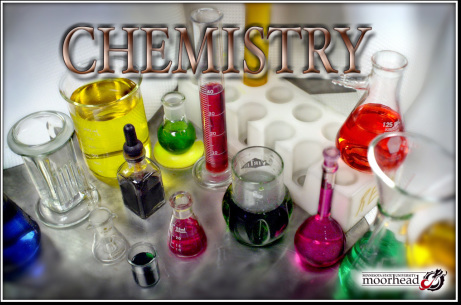 Standards
Connecticut Curriculum Standards and Assessment Expectations, Grades 6 - 8, Science
Connecticut CINQ. 1 through CINQ. 10
6.1 Materials can be classified as pure substances or mixtures, depending on their chemical and physical properties.
6.1.a. Mixtures are made of combinations of elements and/or compounds, and they can be separated by using a variety of physical means.
6.1.b. Pure substances can be either elements or compounds, and they cannot be broken down by physical means.

Grade-Level Expectations - Students will be able to:
1. Distinguish between mass and density.

2. Explain that density is a ratio of mass to volume. Use density to identify elements or separate mixtures.

3. Demonstrate that different substances float or sink in water depending on their density.

4. Compare and contrast the properties of a metals, nonmetals and metalloids.

5. Differentiate between a mixture and an element or compound and identify examples.

6. Conduct and report on an investigation that uses physical means such particle size, density, solubility or magnetism to separate substances in a mixture.

7. Use the patterns in the Periodic Table to locate metals, metalloids and nonmetals and to predict the general characteristics of an element.

8. Compare and contrast physical and chemical changes, and use evidence to support or refute a claim that a chemical reaction has occurred.

6.1.a.1. Everything is made of matter. All matter has mass and takes up space (volume). Mass differs from weight in that it is unrelated to gravitational forces.

6.1.a.3. Mixtures are combinations of substances in which each substance keeps its individual properties. In some mixtures, individual components can be seen (for example, rocks, twigs, insects and leaves are visible components of soil); in other mixtures, the individual substances blend so well that they appear to be a single substance (for example, oxygen, nitrogen and carbon dioxide are mixed together to form air).

6.1.a.4. Mixtures can be separated using different methods, depending on the physical properties of the component substances. Filtering, evaporating, distilling, floating/settling, dissolving, and using magnets are all methods for separating mixtures based on the properties of their components.

6.1.a.5. Solutions consist of solvents and solutes where the particles of the solute have dissolved and spread evenly throughout the solvent. The capacity of a solvent to hold solute is usually limited.

6.1.b.1. All matter is made of pure substances called elements. Each element consists of tiny particles called atoms. The atoms of an individual element are similarly structured and have the same mass, while the atomic structure of every one of the elements is unique.

6.1.b.2. The Periodic Table of Elements is used to organize the elements into groups or families that have similar properties. Element names are represented by letter symbols on the Periodic Table.

6.1.b.3. Some elements, such as iron (“Fe”) and aluminum (“Al”), are classified as metals because they have similar properties. Most metals are solid, lustrous and good conductors of heat and electricity.

6.1.b.4. Some elements, such as carbon (“C”), hydrogen (“H”), oxygen (“O”) and chlorine (“Cl”), are classified as nonmetals. Nonmetals can be solids, liquids or gases and are usually not conductors of heat or electricity. Carbon is a common nonmetal that occurs in several different forms (graphite, diamond, and coal), each of which has distinct properties. Hydrogen and oxygen are nonmetals that are similar in that they are both gases; however, each gas has distinct properties such as reactivity or flammability.

6.1.b.6. Atoms can bond together to make a molecule of a new substance called a compound. A molecule is the smallest part of a compound and is made of atoms of different elements in specific amounts. Unlike mixtures, compounds cannot be separated into their component elements using physical methods.

6.1.b.8. Chemical changes differ from physical changes in that atoms are rearranged to form new substances or compounds. Some common chemical reactions include rusting, burning, photosynthesis and the reaction between vinegar and baking soda.

6.1.b.9. In a chemical reaction, the same amount of matter (mass) is present at the start and the end.